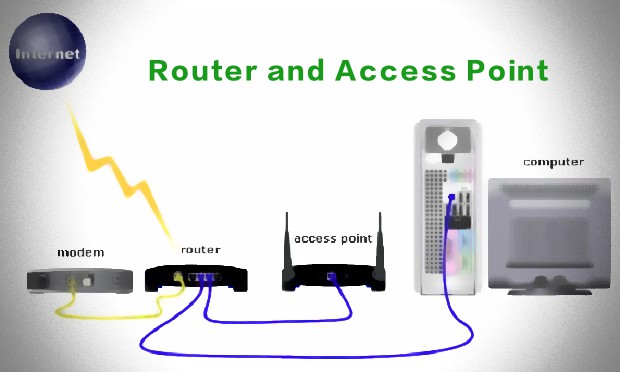 Plenty of people across the world have a very tough time making a decision on whether they want to have a wireless router or an access point in their homes, office or building. The two are very different from one another despite people confusing the two on a regular basis and thinking that they are in fact the same thing.

When people are differentiating two products irrespective of the market or industry, the first thing that comes to mind is the price. People think that price is a major difference that needs consideration all the time however that does not apply in this case. A wireless router is simply a combination between router and access point. Access point on the hand is simply an alternative to cable – users connect to access point wirelessly as if they were connected by a cable.

The second difference between the two products is access points usually come as inbuilt components once they are bought. These components are devices such as Wi-Fi network extenders and even routers. Wireless routers on the other hand are always bought by customers as standalone components or devices except from the cable which serves as the modems or the router.

The third difference between the two products is if the home owner for example is the administrator of a network, they will be in a position to use a wireless router if they wish to change the settings on their network which cannot be done with access points. With access a point, the administrator does not have the power to change the network setting if they want to which is a difference.

The fourth difference between the two products is that access points do not provide internet access while a wireless router can provide internet access easily. One of the biggest reasons why many home owners and businesses buy or use routers is to act as what most people refer to as an interface between private network and the internet itself. This in return allows the many computers in a building to have access to the internet at the same time. Access point on the other hand cannot do this at all and it does not have the capacity to do so because it will still need a router to be able to perform that function.

The last difference between the two products is a wireless router has advanced features in it which cannot be found in access point. Apart from internet connectivity, a wireless router provides users with features that help them be secure when they access the internet online. Wireless routers also have a firewall and can perform what is known as an NAT which is designed to protect the network from the inside from outside attacks which is incredible.

About the Author David

An engineer passionate in networking, coding and several sports